The Prairie Provinces Water Board is a vital institution of governance in the prairies that facilitates sound and collaborative management of shared water resources. 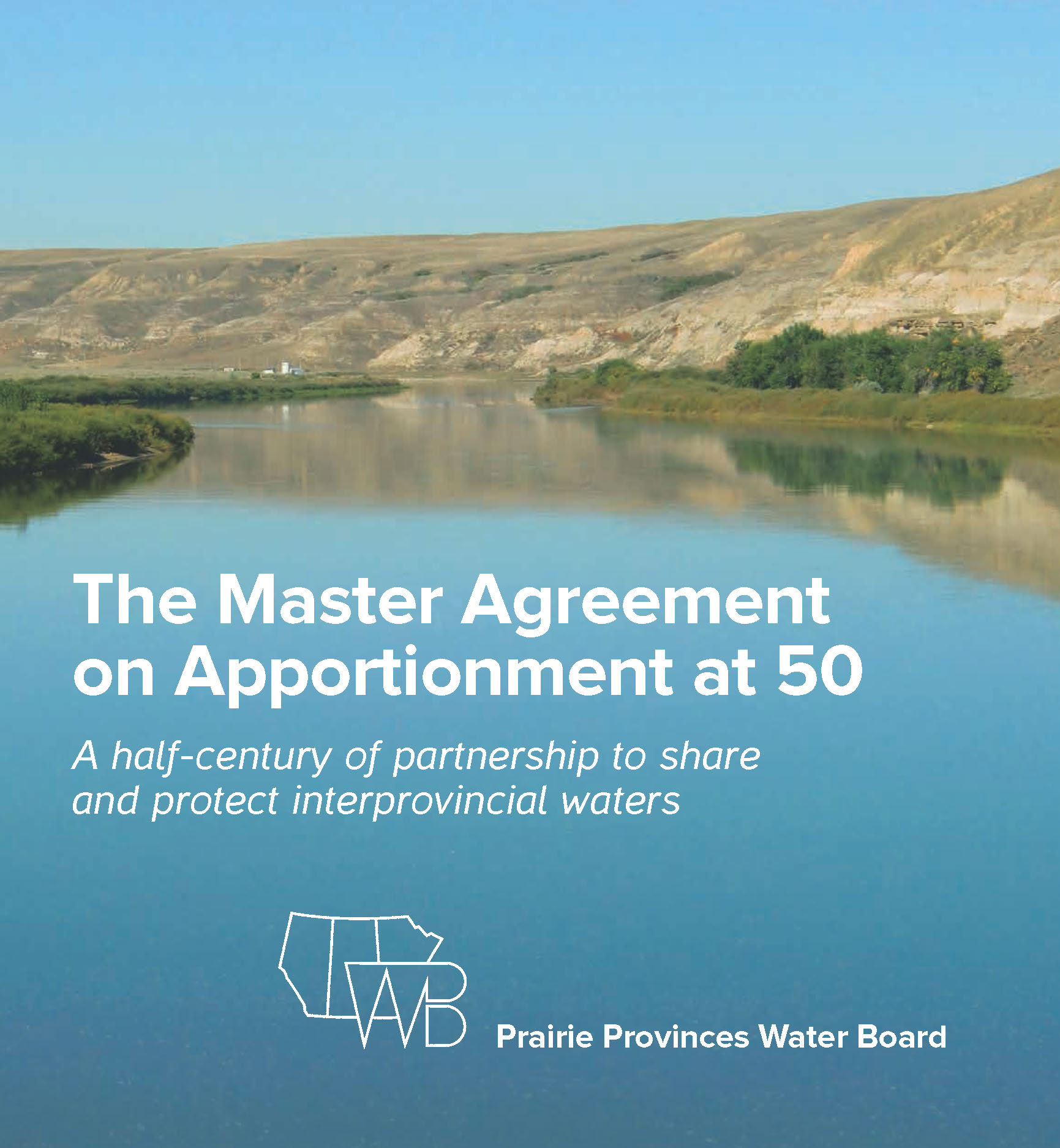 The Master Agreement on Apportionment is 50!

In the Canadian Prairie region, runoff from the eastern slopes of the Rocky Mountains flows east to feed major rivers in the provinces of Alberta, Saskatchewan and Manitoba  before emptying into Hudson Bay. But rivers, lakes and aquifers do not conform to provincial boundaries.

For 50 years, the Master Agreement on Apportionment (MAA) has allowed the three Prairie Provinces to collaboratively set goals for the management of important transboundary waters, and to equitably share water resources.

An Evolving Mandate for Sharing and Protecting Water 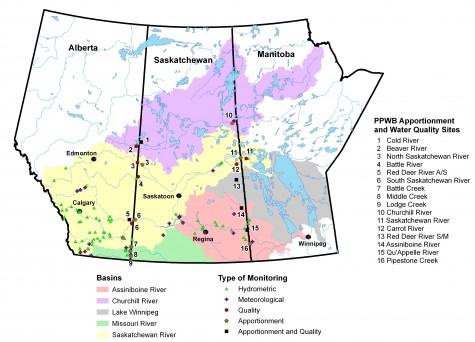 "The most significant interjurisdictional water management arrangement in Canada is the Master Agreement on Apportionment."

Runoff from the eastern slopes of the Rocky Mountains is the major water supply for the large southern rivers of the Prairie Provinces. These rivers flow eastward across Alberta, Saskatchewan and Manitoba to empty into the Hudson Bay (see map of rivers and monitoring sites). The ownership of the waters of a river system flowing through several jurisdictions can give rise to water use problems because water use within one province may impact another province.

To ensure water resources are shared fairly, the Provinces of Alberta, Saskatchewan, and Manitoba and the Government of Canada created the Prairie Province Water Board in 1948. In 1969, the four governments changed how the Prairie Provinces Water Board operated by signing the Master Agreement on Apportionment (MAA). This Agreement established an intergovernmental framework to manage transboundary waters. The MAA is administered today by Environment and Climate Change Canada, Agriculture and Agri-Food Canada, Alberta Environment and Parks, (Saskatchewan) Water Security Agency and Manitoba Infrastructure. The purpose of the MAA is to apportion or share water equitably between the Prairie Provinces and to protect transboundary surface water quality and groundwater aquifers.

From the PPWB Charter, the mission of the Board is: